What started as a basic audio upgrade of an old distributed audio system throughout the “Ross Home” — named for its location in Ross, California — turned into an audiophile’s dream home. The initial request for the modern residence was to pull out the old in-ceiling speakers throughout the main house and simply replace with larger speakers.

The challenge was how to address each distinctly different space with a solution well-designed to handle each acoustical environment. Many of the large, open rooms boasted high ceilings, floor-to-ceiling windows, and hard floors and other reflective surfaces, making them a nightmare when trying to achieve pure, direct sound. Each room demanded custom calibrated solutions that would overcome the high-energy reflections most audio solutions can create. Ryan Granko, owner of Granko Consulting, was brought in for his specific knowledge of cutting-edge, high-performance audio.The homeowners already knew they wanted to specifically install Wisdom Audio speaker solutions to get the best listening experience. Engineered with planar magnetic drivers(PMDs), Wisdom Audio speaker solutions differentiate themselves from alternative technologies. They are designed for high-performance, superior detail, outstanding dynamic range, and controlled directivity that creates a more consistent and realistic level of performance in the home.In the new luxury home theater, no expense was spared to recreate the cinematic experience right at home. A Sony VPL-VW675ES 4K projector was installed to achieve the best picture quality, but the homeowners wanted the same caliber of audio. Working in conjunction with CinemaTech to design the theater, Granko Consulting installed three Wisdom Audio Sage Cinema Line Source speakers behind a Seymour RM140HD acoustically transparent fixed projection screen. The Line 3 front loudspeakers provide three separate arrays mounted vertically to deliver the left, center, and right channels, ensuring sound is concentrated where viewer’s ears are rather than bouncing around the room and muddling the signal. The line source loudspeakers also provide a uniform audio experience throughout the room and at every seat to reproduce sound that matches the most demanding motion picture audio accompaniment.To recreate the enveloping sound experience viewers, get at the cinema, four Wisdom Audio Insight L8i in-wall Line Source loudspeakers were installed on either side walls for surround sound and four Wisdom Audio Insight P2i Point source speakers were installed over the seats to add a final layer of immersive audio overhead. A total of four S90i In-Wall Transmission Line Subwoofers were carefully placed to provide solid base to this 7.4.4 Atmos system. The Entire loudspeaker system is powered by Wisdom Audio SA-3 Series (500 Watts per Channel power amplifiers) and driven by a Datasat RS20i Pre-amp processor.

The room was finished off with a star ceiling, Kelvin adjustable temp LED vertical lighting, a Future Automation Lift PD2.5 automated ceiling projector lift, a six-zone lighting control system, along with a Savant Pro Remote REM-1000 to control everything in the room.

In the new master bedroom suite, the homeowners wanted surround sound audio with a custom look and feel. Granko installed three Wisdom Audio’s P2i In wall point source arrays that were mounted horizontally within the wall underneath the Sony XBR75Z9D 75-inch 4K HDR Ultra HD flatscreen. This custom soundbar was made to matches the width of the TV, camouflaging the high-end speaker solution. The Insight Series P2i’s planar magnetic driver — and one S55i In-wall subwoofer was added to provide additional depth to a dynamic range to the system. Two additional Wisdom Audio P2i surround channel where placed in the Ceiling to provide uniform and direct dispersion throughout the room and minimize any reflection in the space. To make the Front speakers blend in even more aesthetically within room, Granko worked with Wisdom Audio to engineer a custom grille for the new soundbar.

When it came to the family room, the space became an unintentional show stopper. The room has floor to ceiling windows on one wall and is open to the kitchen on the other side, so it was essential that the audio be highly directive. Visitors do a double take as an 89-inch-wide piece of artwork within a customized frame and mounted on an automated lift slides up to reveal a second Sony XBR75Z9D 75-inch 4K HDR Ultra HD flatscreen supported by a 5.1 Wisdom Audio surround sound system.To make it appear as if there’s nothing on the wall except the artwork, every component had to be precisely mounted flush with the wall and fit within the perimeter of the artwork. On each side of the flatscreen, Granko installed three Wisdom Audio P6i Insight Series point source in-wall speakers to cover the left, center, and right audio channels. Below that, a Wisdom Audio S90i subwoofer is hidden into the wall and subtly vented through a custom grille. Two P2i point source speakers are mounted in the ceiling to surround the viewer with audio.

Finally, the living room was set up to provide a casual, yet high-end listening room. On either side of the fireplace, Granko installed a Wisdom Audio Sage Series L75 floor-standing line source loudspeaker, which is supported by one S110i in-floor subwoofer. The subwoofer is mounted under the floor to reduce any floor vibrations and is ported out through an inconspicuous HVAC grille.This gives the homeowner crisp, clear audio that doesn’t overwhelm those sitting closest to the speaker and prevented the sound from bouncing off the high ceilings and floor-to-ceiling windows. It also allowed them to take full advantage of the Nativ Vita high-resolution music server.“When you are working with more modern homes that have these very large rooms, open rooms, audio can suffer with typical solutions because it’s reflecting off all the surfaces,” said Ryan Granko, Owner, and CEO, Granko Consulting. “In addition, there usually isn’t an optimal location for a speaker, so you need technology that’s capable of highly directive audio, can cover a large distance, and that isn’t going to overwhelm the space with sound. The way Wisdom is engineered and calibrated; listeners get an audio experience that’s unlike anything else. There are amplitude and volume without filling the entire room. It really achieves that sweet spot for the most particular audiophiles and the most difficult design and architecture.” 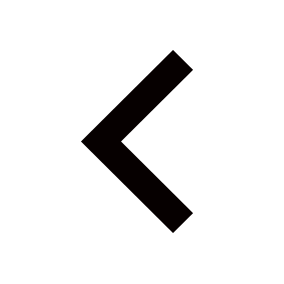 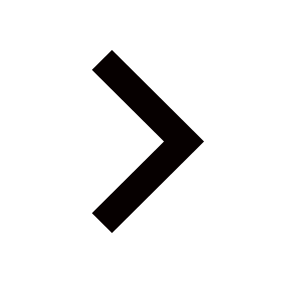